Maharashtra Govt Passed MGST Act on 22nd May 2017. The following Bill published under Rule 117 of the Maharashtra Legislative Assembly Rules. A. BILL No. XXXIII OF 2017. A BILL to make provisions for levy and collection of tax on intra-State supply of goods or, services or, both in the State of Maharashtra and the matters connected therewith or incidental thereto.

Good and Services Tax Bill is a new taxation bill passed by RajyaSabha in August 2016 aims at making a single tax system for entire nation, replacing all indirect taxes imposed by State and Central Government. It is expected as a biggest tax reform in the history of India, simplifying all the complex indirect tax levying process. GST will have distinct impact on individual sectors, some will get negative or some will get positive.

Let’s have a look at several advantages of new GST Bill for Government and Indian Nationals:-

By subsuming most of the Central and State taxes into a single tax and by allowing a set-off of prior-stage taxes for the transactions across the entire value chain, it would mitigate the ill effects of cascading, improve competitiveness and improve liquidity of the businesses. GST is a destination-based tax. It follows a multi-stage collection mechanism. In this, tax is collected at every stage and the credit of tax paid at the previous stage is available as a set off at the next stage of transaction. This shifts the tax incidence near to the consumer and benefits the industry through better cash flows and better working capital management.

The Maharashtra state government has introduced the farmer’s list under ChhatrapatiShivajiMaharajShetkariSanmanYojana CSMSSY 2017. CSMSSY 2017 is a farm loan waiver scheme of Maharashtra Government, under the scheme the state government will waive the agriculture loan of the farmers of Maharashtra. Farmers can check their name in the list is available at district wise, block-wise and Gram Panchayat wise. Farmers can also check their name at csmssy.in 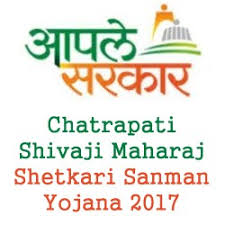 The eligible and needy farmers who have registered for CSMSSY 2017 were provided an application id and district wise, taluka wise and Garmpanchayat/ Nagarparishad wise farmer list can be accessed

According to the official website of the CSMSSY, 4607203 total numbers of registrations have been done by the farmers in Maharashtra on the portal while 3928529 farmers have applied for the farm loan waiver scheme till 31st August.